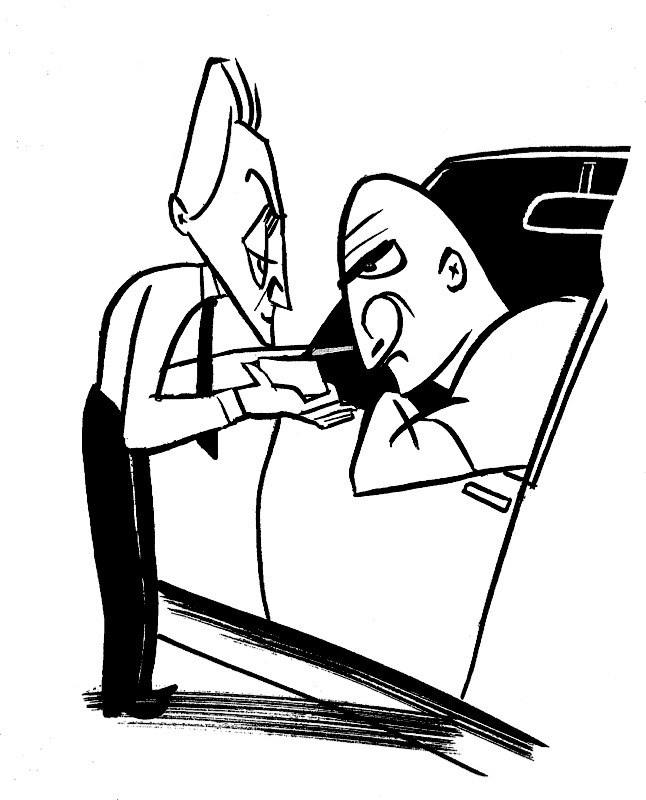 George Pakenham works for an international mortgage desk on Wall Street, but his business cards are printed with Section 4-08, Subsection P, of the New York City traffic code, as it pertains to engine idling. (Roughly speaking, it is prohibited for more than three minutes, and carries potential fines of several hundred dollars.)

Pakenham is concerned about the quality of the air, and the quantity of oil, and he has distributed nearly two thousand cards over the past two and a half years to drivers who refuse to shut off their engines at curbside.

He typically begins with a rap on the window and a preëmptive apology: “Sorry to bother you, my friend, but you might not know...” Only a handful of the cards have been crumpled up, tossed back out the window, or both, in his presence.

Pakenham, who is fifty-nine, does not own a car. (When riding shotgun, he sometimes reaches over and kills the ignition at stoplights.)

His friends call him the Verdant Vigilante, and few documents depict the uneasy intersection of civic activism and ordinary city life as well as the Excel spreadsheet he maintains, recording his “encounters” on the street. Pakenham likes keeping statistics.

He has, for instance, a seventy-eight-per-cent success rate in asking motorists to cease idling. His target demographic is eighty-nine per cent male and fifty-six per cent white.

(He uses “amigo” instead of “friend” if he judges a driver to be Latino.)

ConEd is the worst corporate offender. Only twenty-nine per cent of idlers are familiar with the law. He recognizes that his “failures” are in many ways more interesting—“I’ll walk away and they’ll rev their engine just to annoy me, just to show they’re powerful jungle creatures,” he said recently—and so he includes a comment with each entry, for entertainment or posterity:

Pakenham is unusually shy and well mannered for a curmudgeon, and his accounts of unpleasantness make several references to “guff” and one mention of a “MAJOR ISSUE.”

The idler-in-chief appears to be Tommy, a white male who works for the city and has been caught by Pakenham four times. (March 13, 2008: “It’s Tommy once again. Asleep at the wheel.”) But—good news!—Tommy now drives a hybrid.

Ordinarily, Pakenham confines his rounds to the morning and evening commutes on the Upper West Side and in the financial district, making it all the more remarkable that, by his own calculations, were he authorized to write tickets he could have raised $158,620 in city revenues in 2007 alone—more than the N.Y.P.D. and the D.E.P. combined.

The other day, Pakenham left his desk for an afternoon stroll in search of air polluters. He apologized before coughing several times, and then cautioned that he has “a little bit of a phobia” when it comes to staging encounters in front of his office, lest the town-car passengers have the authority to fire him.

He wandered half a block before approaching his first victim: a Latino limo driver who seemed to choose not to speak any English. A goateed truck driver looked at Pakenham’s card and said, “It hasn’t been three minutes, but O.K.,” and turned the key.

A woman with New Jersey plates said, “Go green,” not entirely in earnest. When in doubt, Pakenham approached a vehicle from the rear, stopping to cup his hand behind the tailpipe. He noted a noisy

FreshDirect truck. “You think they’re idling, but they’re not,” he said. “It’s the overhead engine, I believe.”

Four successes, one failure, no real guff. Pakenham retreated to his desk, where he displays a photograph of Mayor Bloomberg signing a couple of recent bills designed to reduce idling, and updated his spreadsheet.

Pakenham is not sanguine about the legislation (“It’s all fluff”), but he feels the tide of popular opinion turning.

“Three years from now, it’ll be like secondhand smoke,” he said. “You’ll be saying, ‘Why are you idling, buddy? Where you been? Under a rock?’ ”

No More Engine Idling
George Pakenham is a Wall Street banker, but he spends his free time knocking on the windows of New York City drivers who are idling their engines. He's trying to enforce a 1971 law that makes it illegal for drivers to idle for more than three minutes, except in certain cases.

"Idle Threat" is a documentary film about one mans resilient struggle with the NYPD to enforce a 38-year-old anti-engine idling law in order to reduce air pollution and battle global warming. Against all odds, he succeeds and in the process, gets worldwide recognition, and improves the quality of life in New York. 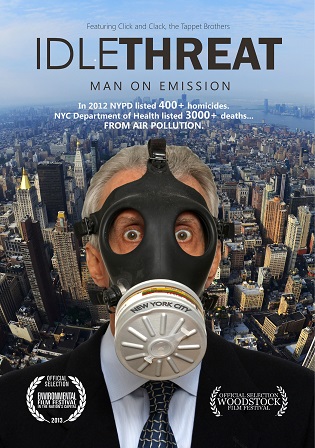