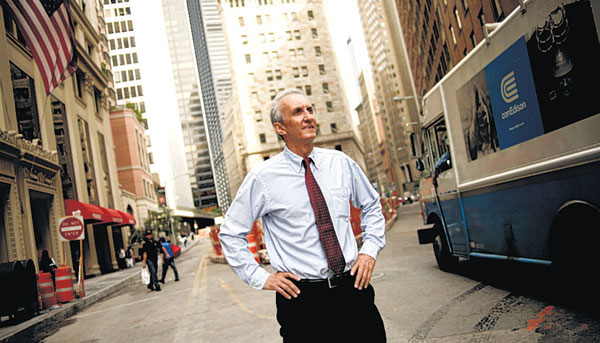 George Pakenham
My role as an activist in the environmental movement is quite focused on idling. Focused and personal.  It began more than 4 years ago when we went to war for a second time in the Middle East over oil. And it became ever more aggravating for me to watch fellow NYers, mindless at the wheel, idling their engines and wasting gas… or oil as I saw it. Besides, I felt it was disgraceful on many fronts. Bad Air, health issues, wasted money.

One evening, I became particularly fed up with a stretch limo parked in front of my apartment house, idling, as his customers were inside a nearby restaurant. It was spring, at night and around 50 degrees outside. I knocked on the window. The limo driver and I had a 10 minute discussion. Ultimately, I convinced him to shut off his engine.

Julian Croxall
Julian Croxall is a technology specialist in eCommerce, cloud computing and banking environments. He is co-founder and Chief Operating Officer of our organization, Verdansa. He has been involved in the idle-free campaign since its inception and later working on the creation and distribution of the movie "Idle Threat" and children's book "Big Nose, Big City".

More recently, he has been engaged with city departments to refine and scale processes that will support electronic submissions by citizens.

Thanks to our friends !
Verdant Vigilante would like to thank the following people who, throughout the years, supplied encouragement taking on the 'idle free' task.